The Difference Between Kindergarten and Preschool in Australia

The Difference Between Kindergarten and Preschool in Australia

Parents often wonder what the difference between kindergarten and preschool is. The answer to this question largely depends on where you live.

Different states in Australia have various early childhood learning programs. Some are run through schools, while long day care providers run others. In Australia, kindergarten and preschool are the same thing just called one or the other across different states

So, what exactly is the key difference between kindergarten and preschool in different Australian states? With International Kindergarten Day coming up on April 21, we felt it was essential to explain the differences in each state. 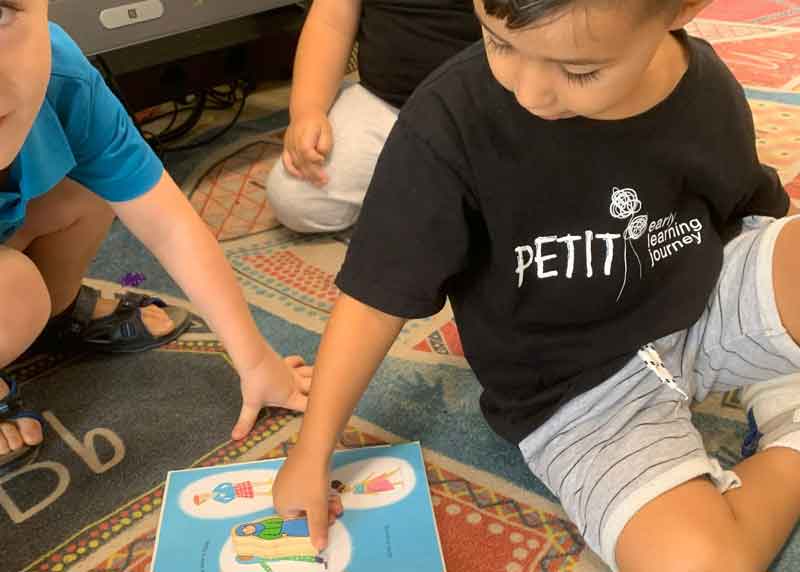 Kindergarten originally comes from the German word “kindergarten”, which translates into “children’s garden”. This name was given to the first school for young children, established by German Educator Friedrich Froebel in 1837.

Froebel believed children should have the opportunity to play and explore in a natural environment before starting more formal education. This philosophy is still evident in kindergarten programs today with the focus on play-based learning.

Frobel aimed to create a social experience for children that led to a positive transition to school for young children. Today, kindergarten, also sometimes referred to as kindy or kinder, has different applications depending on where you live.

For example, in New South Wales, kindergarten refers to the first year of primary school. While in Victoria, it is a government-funded program in the years before school, recently extended to include three-year-old children. 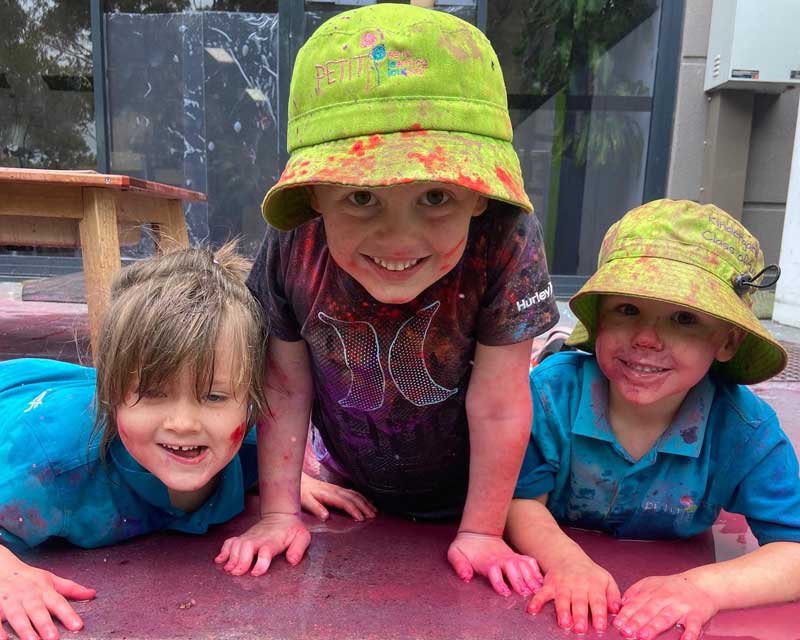 Preschools for children in Australia

Preschools are a learning space for young children often between 3 and 5 years. They may provide a mix of education and care (depending on the state and provider) and follow the Early Years Learning Framework (EYLF).

At Petit Early Learning Journey, our Preschool (NSW and ACT) and Kindergarten (QLD and VIC) programs promote play-based learning intrinsic to all learning. The benefits of combining play and learning include:

Play-based experiences are a balance of child-led, child-initiated, and Educators’ intentional teaching. As a result, children have the opportunity for engaging play experiences that support them in their transition to school and promote life-long learning. 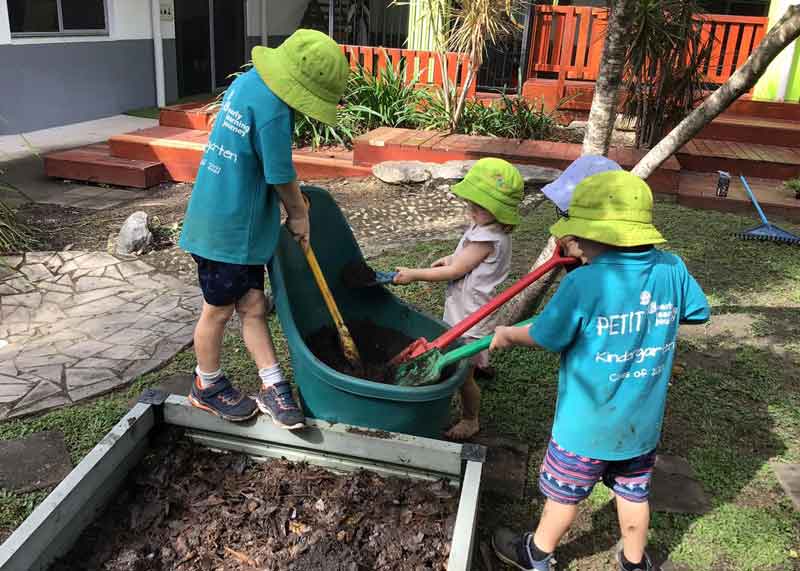 A state-by-state play of kindergarten versus preschool

The Petit ELJ Kindergarten program in QLD aligns with the Queensland Kindergarten Curriculum Guideline. It is also recognised and approved by the state government. So, we have their tick of approval!

The program is for children that turn 4 by June 30. All children can access kindergarten, and the more days they attend, the greater the benefit they receive from the program.

We want children to be resilient, creative thinkers and problem-solvers who can engage confidently in their learning. By the time they go to Prep, the first year of primary school, they have the learning dispositions and skills to transition successfully.

We’re going to skip New South Wales for the moment and head on down to VIC. VIC has a similar structure to QLD with a state-based approved kindergarten program for 4 to 5-year-olds.

The VIC government has recently introduced a funded kindergarten program for three-year-old children. The program is designed to meet the needs of families and provide children with more opportunities for play-based learning.

Kindergarten in NSW is the first year of primary school.

On the other hand, preschool is a voluntary educational program for children aged three and five years old. Preschools in NSW are required to follow the Early Years Learning Framework.

Our services in NSW all offer quality preschool programs for 3 to 5-year-olds. Our NSW preschool program is recognised by the state’s Start Strong “School Readiness Program” government initiative.

Like NSW, kindergarten in the ACT is a year-long school-based program for children who turn five before April 30.

Just like NSW, preschool in the ACT is a voluntary educational program for children aged three and five years. ACT preschools are required to follow the Early Years Learning Framework.

Our ACT Preschool program prepares children for a successful transition to kindergarten at primary school. 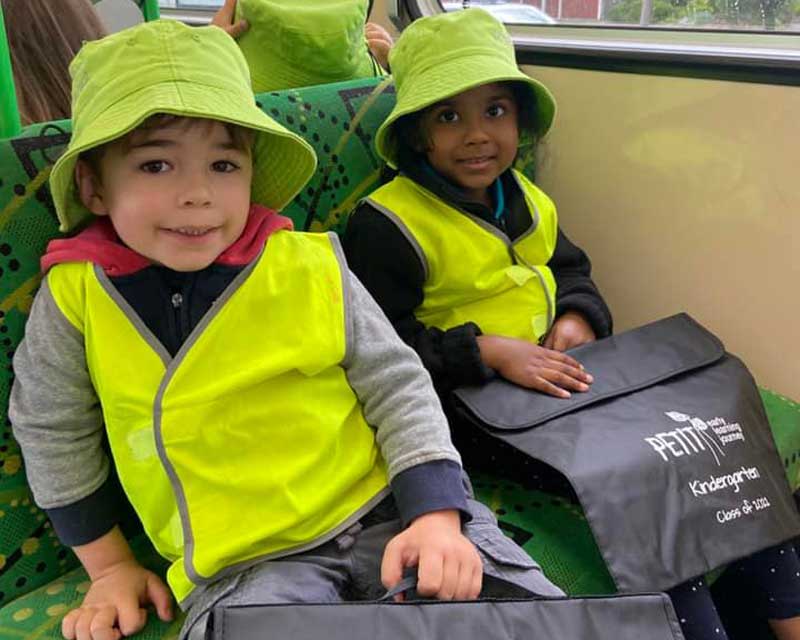 The benefits of our Petit Kindergarten and Preschool programs are numerous and include social development, critical thinking skills, confidence-building, and preparedness to transition to school.

At Petit ELJ, degree-qualified teachers lead our Preschool and Kindergarten programs. We believe that children are capable and resourceful learners and constructors of their own knowledge.

Interested in learning more about our Kindergarten and Preschool programs? Our Centre Directors are here to help! They can provide you with information on the key difference between Preschool and Kindergarten programs in QLD, NSW, VIC and ACT, including age requirements, and help you find the best education and care program for your child.

To register your child for kindergarten or preschool, enquire at your nearest Petit ELJ service.