Give your child a head start in life with home activities that encourage numeracy skills. It’s never too early to learn numeracy skills which go beyond numbers to help us identify shapes, work out chance, recognise data and do everyday things like shopping.

The most engaging way to promote numeracy skills in children from ages zero to five is to use play. Play is an essential part of healthy brain development, and families can help to foster the learning of numbers and counting before children start school.

We can all support children to be numerate learners. Join us in promoting numeracy skills for children from birth with home activities that include: 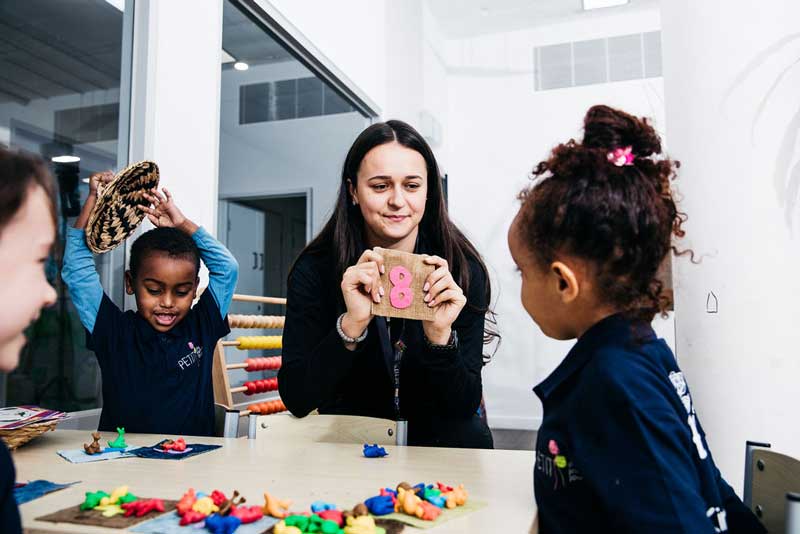 Many number rhymes and nursery songs have origins in the UK. However, there are often variations in other countries and languages. Below we’ve selected a few old-time favourites that help with the development of numeracy skills.

This well-known counting rhyme often accompanies a game of hide and seek. Often played by a group of children, it is easily adaptable to any family size.

Participants hold out their fists as the leader of the group lightly taps each fist in order while saying the rhyme. When the rhyme ends, the last tapped child hides a fist behind their back. The rhyme repeats until one child remains.

Children then scatter to hide while the remaining child counts to five.

You can play this game at home with your family or use alternative finger play by stacking fists on top of each other. At the final line, everyone counts from one to five while opening and closing fists. 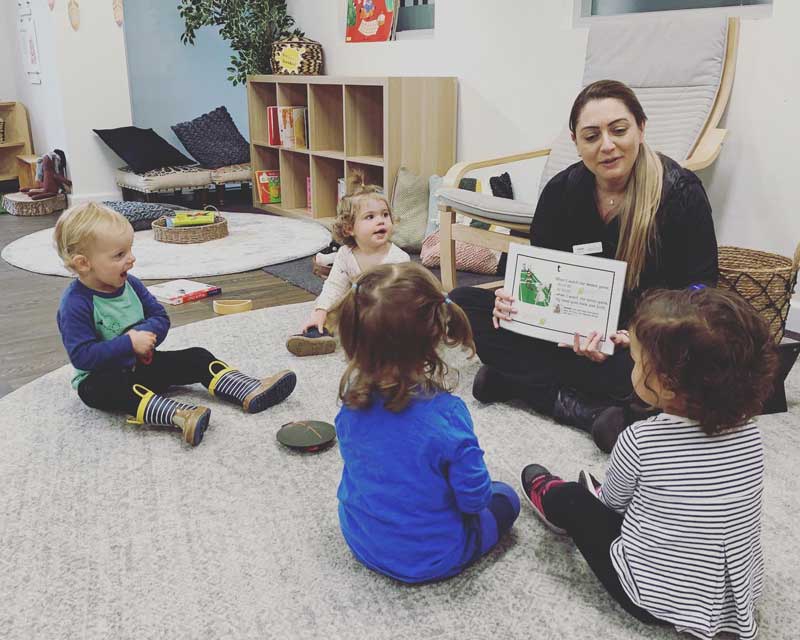 Mother Caught a Flea is another traditional counting rhyme with origins in the UK and Ireland. Like many children’s counting rhymes, there are a few different variations to be found around the world.

The first two lines are perfect for toddlers to remember. Preschoolers maybe able to recite the entire rhyme, often combining the verses with finger play. However, remember that every child develops differently.

One, two, three, Mother caught a flea,
Put it in a teacup to make a cuppa tea.
The flea jumped out and made mother shout.
And down came Father with his shirt hanging out.

Four, five, six, Father’s in a fix.
He must find a billy goat and hatch a few more chicks.
The chicks hatch out, and Father gives a shout.
In comes Granny with her hair sticking out.

Seven, eight, nine, Granny’s doing fine.
She washes all the children and hangs them on the line.
The line gives way, and the children shout “Hay”!
They pick-up their feet and all runaway.

The primary purpose of this rhyme was to teach children how to count. An early version was published in Songs for the Nursery in the UK in 1805. Start with the first verse. When your child can confidently repeat it, it’s time to add the second. 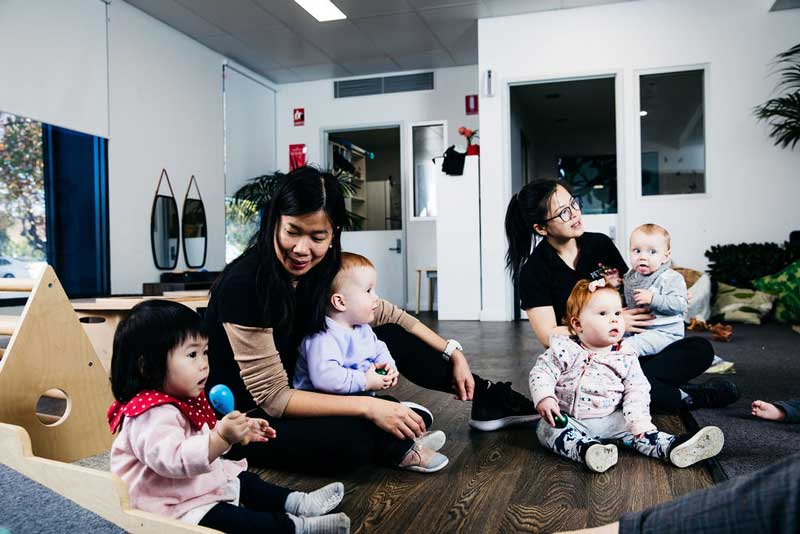 This number song’s history goes back centuries. The catchy tune is a favourite among children.

This is a beautiful traditional children’s song is often accompanied with finger play. 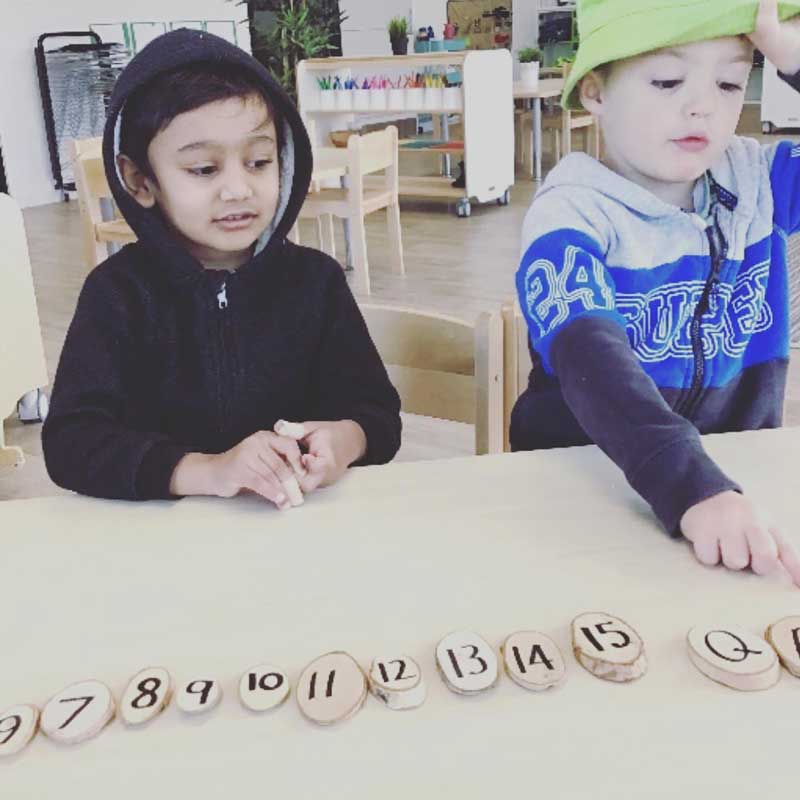 Number games and activities encourage children to recognise numbers. They can also help with learning to sort objects and recognise shapes.

6. Go Fish – A card game about numbers for children.

Go Fish is an old card game that uses number recognition with a standard deck of cards. First decide who deals and who goes first.

Each player is dealt five cards or seven if there are less than five players. The remaining cards are placed in a stack in the middle of the table.

If the other player doesn’t have the number that the first player seeks, then they say, “Go fish.” The first player must then pick up a card from the remaining pile. If it is the number they were seeking, they must show the card to the group before having a second turn.

If the other player does not have a card with the same number, the next player has their turn.

Kira then picks up a card from the middle. If that card is 6 she has a match and shows the group, otherwise, it joins the rest of her cards in her hand.

Once all cards have been matched, and there are no cards left in the middle, the person with most wins. Counting your child’s cards with them promotes their learning.

For young children, Go Fish is fun to play with open hands. Once your child is confident with the numbers, you can start playing Go Fish with closed hands. 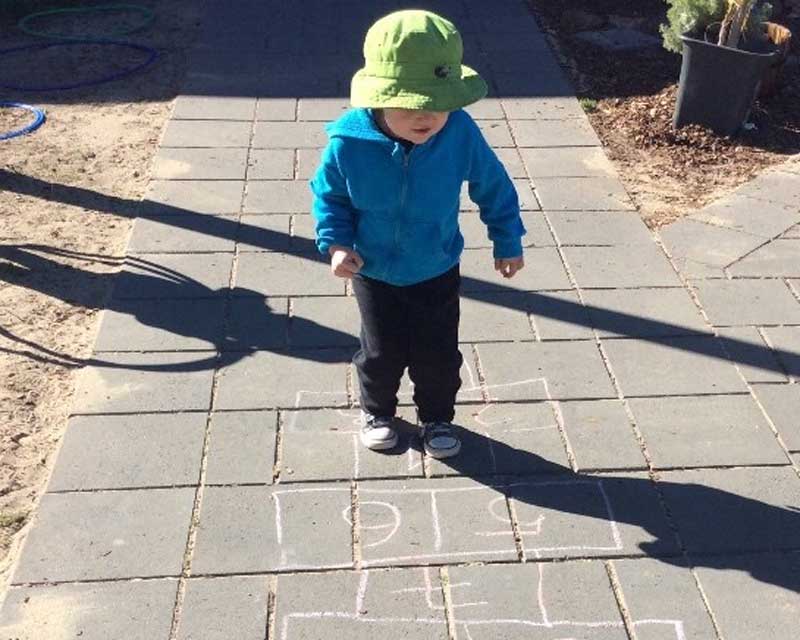 Hopscotch is another fun and easy outdoor jumping activity. This play-based learning activity uses numbers but also encourages children to get moving. All you need is some chalk or painter’s tape to make a hopscotch diagram and a marker like a pebble.

There are many number games and activities that preschoolers can play with dice. You can use a fluffy dice, big dice or standard game dice. Dice games involve number recognition, counting, matching, subitising and more. The balloon dice game is a favourite.

This game requires at least one dice and one balloon. To avoid disappointments have extra balloons on hand just in case a balloon bursts.

Step 1: Your child rolls the dice. The number it lands on equals the number of taps in the next step.

Step 2: The goal is to use the number of taps from the dice roll to keep the balloon in the air.

Rather than tapping a balloon the number rolled could also represent the grouping of toys of objects. If you don’t have dice you can make up your own set of number cards and use these for grouping activities. 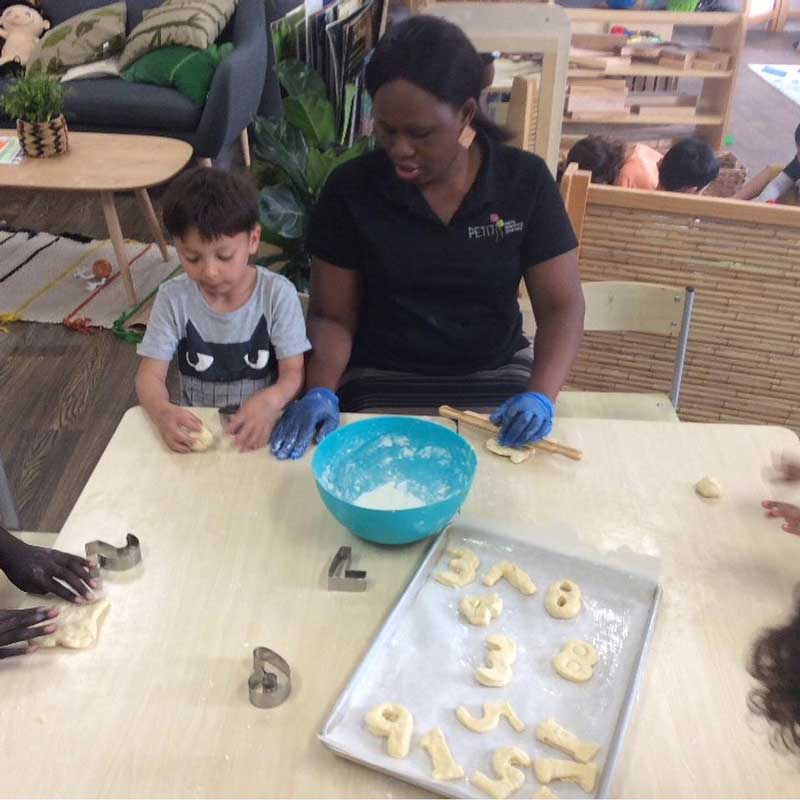 Numeracy concepts and numbers are all around us. Cooking, gardening and shopping all offer many different ways to explore and develop numeracy skills.

Preschoolers enjoy shopping. Under supervision, ask your child to help with getting certain items such as four apples, five oranges, or one can of soup.

Play a variation of eye-spy with numbers when shopping. For example, get them to point out all the things they see in the shop with the number 4 in it. Next time you go shopping, choose a different number.

11. Outdoor numbers at home and in the neighbourhood

When walking around your neighbourhood, you can point out numbers on letterboxes, street signs, buildings and car license plates. This shows children how numbers and counting are part of every day life and encourages their curiosity. 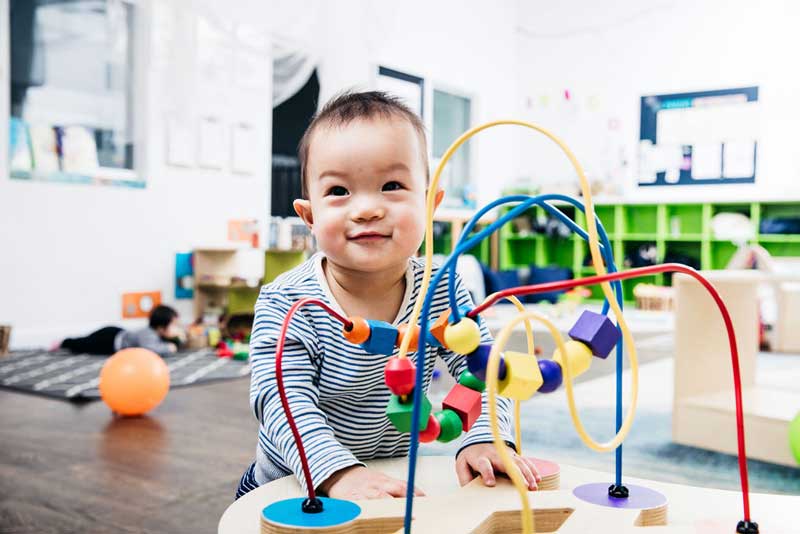 At Petit ELJ, our children play fun games and activities to strengthen numeracy skills. We sing number songs and rhymes, play with dice, explore numbers in cooking and count the veggies and fruit growing in our gardens.

Our holistic approach to early childhood education draws on a range of resources and play-based learning activities to nurture your child’s development. Book a tour now to learn more about how we inspire child with the gift of life-long learning.