Baby Bath Toys: The Good and Bad News About Mould

Baby Bath Toys: The Good and Bad News About Mould

Baby bath toys, those things that go squeak in the tub, may not be such a good idea for children. Blame it all on mould. Is this the end for squeezing bath toys? What are we to do if rubber ducky isn’t “the one” after all.

Young toddlers and preschoolers love to play in the bath. Sitting in a tub full of bubbles with their favourite toys can be an enjoyable sensory experience. It’s made even more fun with their favourite bath toys. But where there’s water, there’s also the possibility of mould.

Are you a parent of a young child who enjoys bath time with a few squeaky toys? Then we’re going to tell you how to protect your child with the good and bad news about bathtub toys and mould.

There are several things that you might want to do with your squeaky baby bath toys to keep your child safe from mould and bacteria: 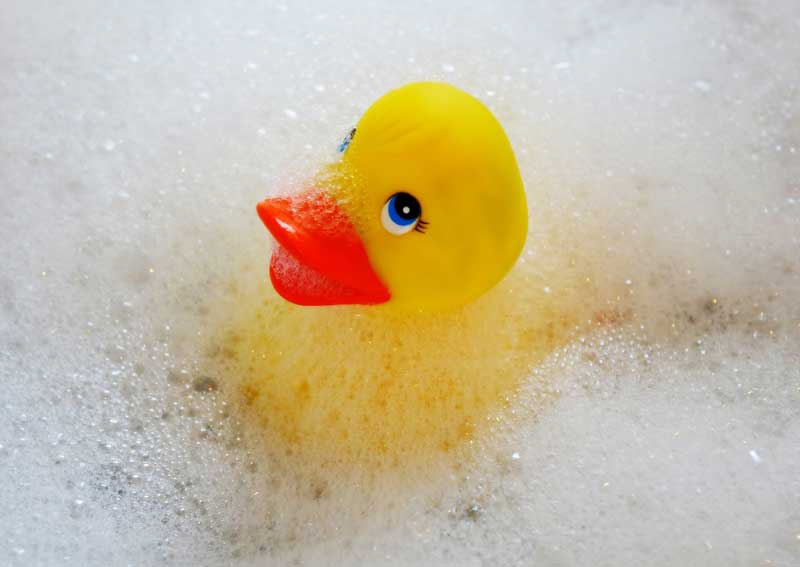 If you have one of those squeaky bath toys in your tub, there’s a good chance it will contain mould at some point. Concerned parents often cut them open to look inside, especially after something black or green squirts out of the toy and what they find is shocking.

Mould can cause health issues, especially for people who are asthmatic or have a weakened immune system. This fungus grows everywhere, both inside and outside the home — it’s not just bath toys that are prone to it. Some children may also be allergic or sensitive to mould spores.

Mould grows where there is moisture. Humidifiers and fish tanks are also known to cause mould, and if you have a water leak in your house that damages the carpet, there’s a good chance you will need to replace the rugs.

It’s the same for baby bath toys. If you use these fun water toys during your baby’s bath time, they’re going to attract mould, as well as bacteria. So, just as you’d rid your house of mould, you’ll also want to remove the mould from these squeaky toys. 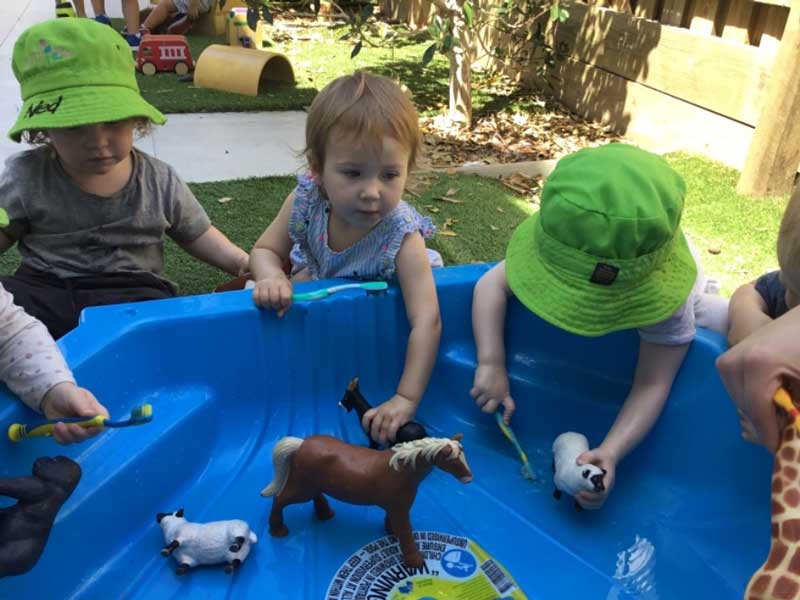 To avoid mould in your home, it takes a lot of repetitive cleaning. And it’s not just squeaky bath toys that are susceptible to this fungus, other toys and objects, such as high chairs, can become prone to mould if there’s moisture in their environment.

Moderate high temperatures and humidity, such as those found in bathrooms, are known to promote mould. If there’s mould on your shower curtain or tiles, then there’s a good chance of mould growing inside your children’s bath toys.

Exposure to bacteria and fungi in the environment isn’t always a bad thing. It can help strengthen the immune system. However, several studies have now revealed clinical implications for biofilm in bath toys, especially when squeezed into children’s faces.

If you’re going to use baby bath toys with your child, then be prepared to regularly check them for a build-up of mould and other biofilms. 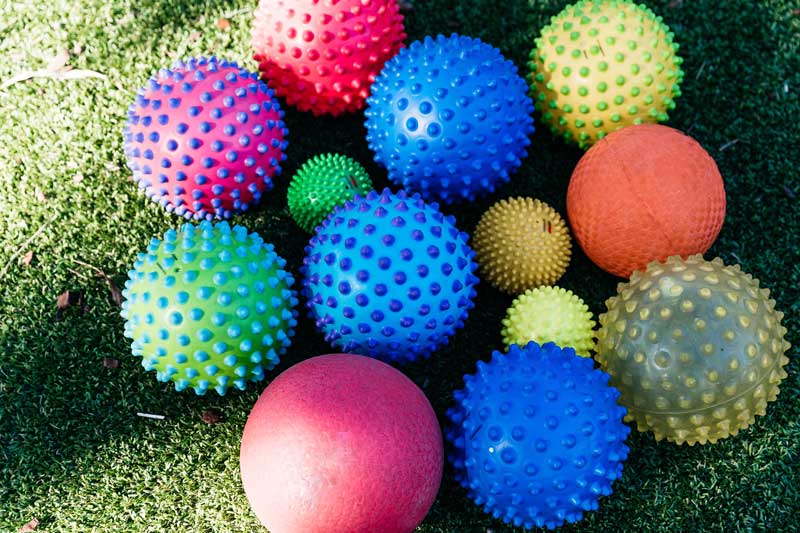 3. Discard squeezy bath toys when they show signs of biofilms.

It can be hard to let go of the things we’ve come to love. Talking about why you’re removing mouldy toys with children can encourage a child-led learning experience. If you notice a build-up of mould or dirt inside your toys, it’s time to toss them out.

Squeezy bath toys aren’t the only playthings that are susceptible to mould. Sponges, boats, balls and other plastic toys can all be breeding grounds for mould. Shared water-retaining toys can also spread bacteria, which can be a serious issue if a child is immunocompromised.

A small amount of mould in bath toys is generally not enough to make a healthy child sick. However, continued exposure to mould can be a turning point. Keep an eye out for signs similar to food poisoning, such as tummy upset, vomiting and diarrhea.

To be on the safe side, the best course of action is to discard baby bath toys with any sign of mould. 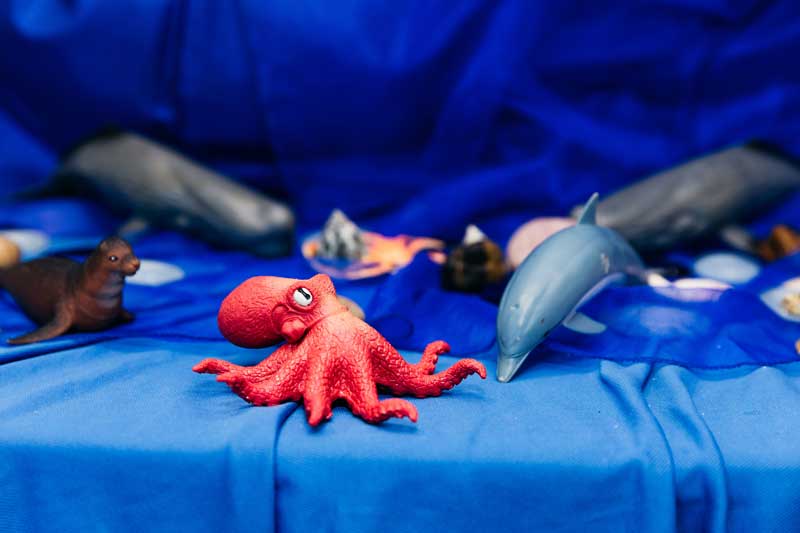 It’s advisable to initiate a controlled checking and cleaning routine to avoid mould and bacteria build up in baby bath toys. Whether it’s a squeezy toy or not, any water toy should be thoroughly cleaned and dried after use.

Don’t just rely on the bathwater to clean a toy. Bath or potted water, which has already been used, is not a safe cleaning solution for water toys.

Some parent and family websites suggest soaking bath toys in diluted bleach overnight (1 cup of bleach to around 4 litres of water). Solutions like bleach and vinegar may help kill bacteria and mould. Always rinse thoroughly to remove any residual smells.

Here’s what we suggest:

Some people use dishwater safe water toys. Cleaning toys in the dishwasher may work for some baby bath toys that don’t have hard to clean places. You need to access and clean every nook and cranny where mould and bacteria may grow. 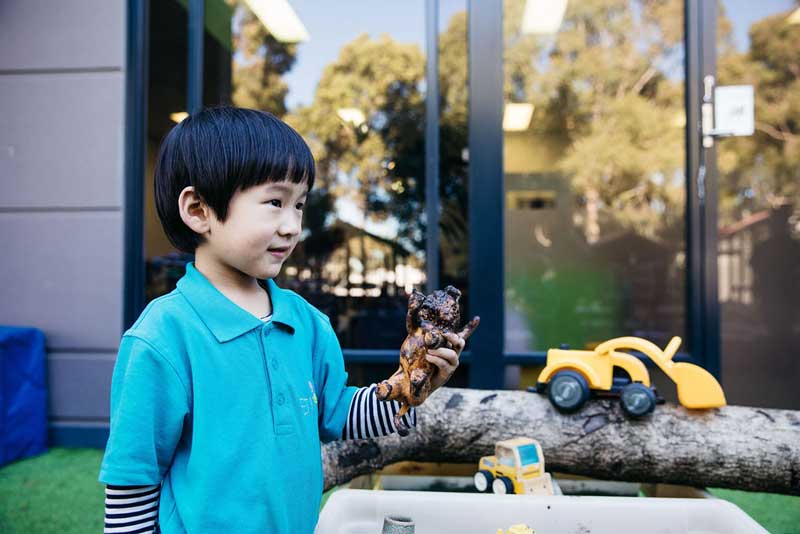 5. Plug the bath toy’s hole with permanent glue or make it bigger.

Some families prefer to plug squeaky water toys with glue so that water can’t get inside them, especially if they’re used for other sensory experiences like mud. If you’re worried about mould or bacteria growing inside your child’s toys, then this may be a solution for you.

There are fun bath toys already on the market that don’t have holes and float, like bath books for children. However, if you really want that rubber ducky or frog, one solution is to seal them up with a hot glue gun. They may no longer squeak, but they also shouldn’t fill up with mould. 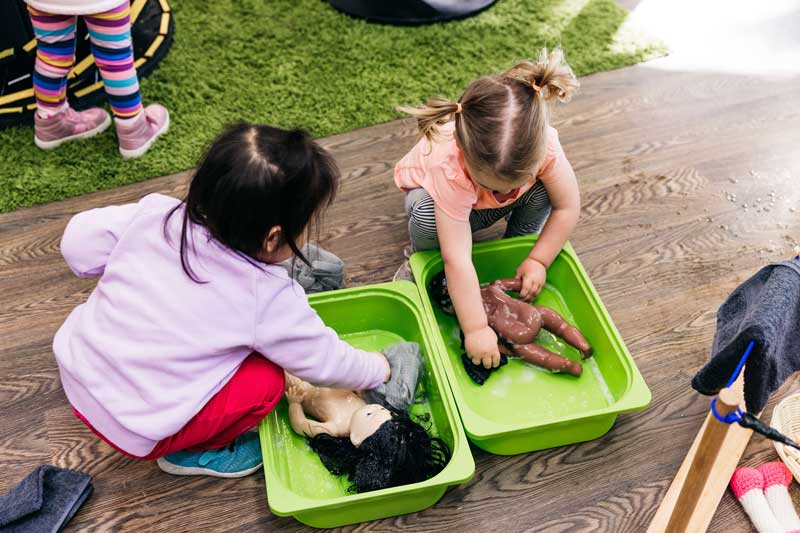 At Petit ELJ, we’re all about keeping our people safe. That extends to our children, families and teams, as well as other community members that visit our centres. We encourage our teams and children to practise good hygiene habits from washing hands to tidying play areas and studios.

Inviting our toddler and preschool children to help us tidy and clean develops their strong self-help skills and promotes health, safety and wellbeing. We inspire children through choices, child-led learning, invitations to play and sensory experiences.

Discover more about Petit ELJ’s unique early childhood education program and meet our team by booking a tour at your nearest centre.